Luton Magistrates’ Court heard that on 24 February 2016, the 20-year old employee was working with colleagues to erect a scaffold at a house on Cunningham Avenue, St Albans when he lost all points of contact whilst climbing a 25ft (7.6m) ladder carrying a 16ft (4.8m) scaffold pole weighing about 20kg. He fell approximately 20ft (5.7m) to the ground.

The worker suffered multiple fractures to his right leg and ankle requiring surgery. .

An investigation by the Health and Safety Executive (HSE) found both the company and director failed to ensure the scaffolding labourer was trained to the required competence to install scaffolding components.

It was also found the worker had not been adequately supervised and was working alone on the Temporary Roof Scaffold. The Construction Industry Scaffolders Record Scheme (CISRS) has been the industry recognised scaffold training scheme for more than 40 years. The director knew the workers had not been trained but allowed work to continue unsupervised in his absence.

Speaking after the hearing HSE inspector Rauf Ahmed said: “The employee in this case is extremely lucky to have not suffered more severe and life threatening injuries.

“The director knew the workers had not received the appropriate training in order to carry out the safe installation of the scaffolding and he put him at risk of harm by allowing unsupervised work to continue.

“Duty holders must ensure all employees are trained to the required industry standard before carrying out any scaffolding work.” 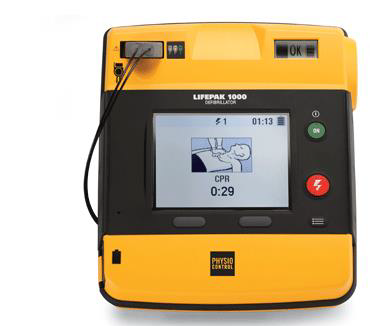 The LIFEPAK 1000 defibrillator can be found in hospitals and in public places.

The manufacturer’s logo on the front cover may vary, displaying ‘Medtronic’ or ‘Physio-Control’.

1. Identify all LIFEPAK 1000 defibrillators in your possession.

2. Ensure that all those responsible for the AED follow the instructions in the manufacturer’s Field Safety Notice (FSN).

3. If you have already acted on this FSN, no further action is required. 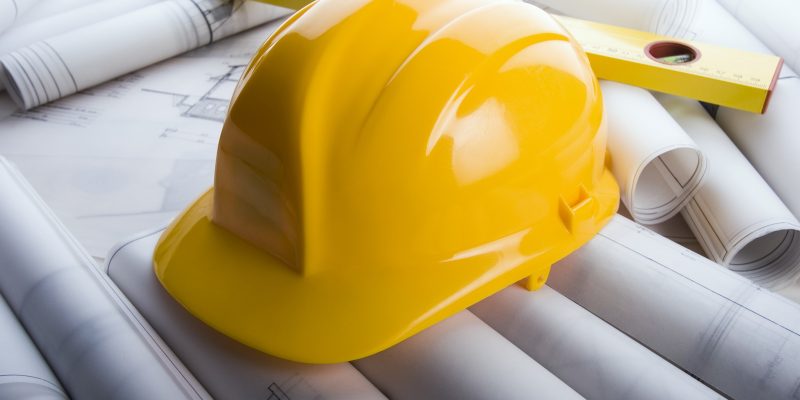 A worker was killed by a reversing vehicle while he was working at a construction site in Dawlish, in Devon.

Exeter Crown Court heard how the employee of Steve Hoskin Construction Limited (SHCL) was working for the groundwork contractor when he was crushed by a reversing telescopic material handler.

John Small, 47, was crushed by the vehicle after it reversed while he was walking alongside it on 28 June 2013. Mr Small was pronounced dead after suffering multiple injuries.

The HSE found that Cavanna Homes, the principal contractor for this site, failed to ensure this area of the construction site was organised to enable pedestrians and vehicles to move safely.

SHCL had not fully considered the risks to their employees at this part of the site.

“There were no control measures in place to segregate vehicles and pedestrians in the area where the incident happened. Separating pedestrians and vehicles by introducing measures such as walkways with barriers, could have prevented John Small’s death”

A Fife, Scotland-based construction company has been handed a £14,000 fine after a worker was buried under dislodged earth at a house renovation in Falkland in September 2011 when an excavator caused a trench excavation to cave in.

A Health and Safety Executive (HSE) investigation found that none of the workers had formal health and safety training to manage a construction site and that the excavation work had not been risk assessed. As a result, workers were given instructions through verbal briefings rather than detailed, mapped out plans.

Dundee Sheriff Court heard how a 43-year-old employee of Wallace Roofing and Building was part of a team that had been using an excavator to dig a trench to help connect the drainage system of the property with a new extension. When the workers came across a boulder that prevented further digging, they used the excavator to try and shift it.

The injured man was laying the new pipe in the trench and helping to guide the machinery when one of the trench walls, 2.7 m deep, subsided, burying him. His colleagues immediately started digging the soil away from his head to enable him to breathe. The worker remained partially buried in the trench until emergency services arrived and dug him free.

The worker sustained a broken shoulder and collarbone, punctures to both lungs and fractures to all but two of his ribs. He remained in hospital for almost three weeks.

The HSE found that the trench had not been supported or “stepped back” to control the risk of it collapsing. Wallace Roofing and Building, of Star, Glenrothes, Fife, pleaded guilty to breaching ss 2(1) and 33(1)(a) of the Health and Safety at Work Act.

HSE inspector Ritchie McCrae said: “The risks associated with collapsing excavation walls are well known, as are the necessary control measures … the company failed to identify the risk and there was a total absence of any control measure which would have prevented this incident from occurring. The worker sustained serious, permanent injury and is extremely lucky to still be alive.” 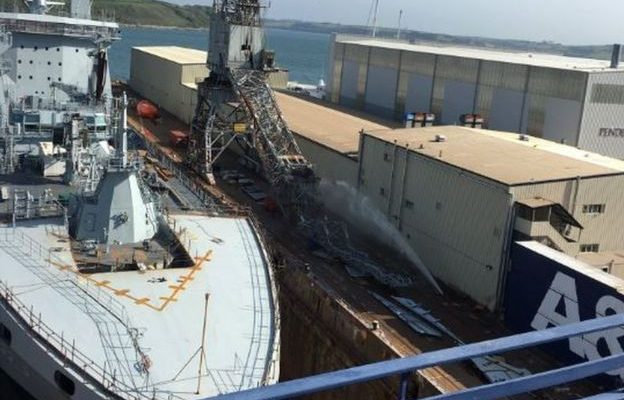 A crane has collapsed at Falmouth Docks leading to the evacuation of the site.

Witnesses described hearing an “enormous bang” as it collapsed on to 10 acetylene cylinders at the dockside at about 09:00 BST on 10th May 2017.

A firefighter suffered minor injuries while assessing the scene.

A 200m exclusion zone was set up over fears the cylinders could explode after the collapse, which was initially treated as a major incident. The cordon was lifted at about 13:00.

There were no other injuries.

Assistant chief fire officer Phil Martin said: “Incidents involving acetylene cylinders require a well-managed response and the cordon is put in place to ensure the safety of members of the public.

“I am pleased to report that the firefighter who was injured suffered only minor injuries and was taken to hospital as a precaution. We do of course wish him a speedy recovery.”

A&P Group, which owns the docks said: “No-one was injured in the incident, however, all personnel have been temporarily evacuated from the docks whilst an assessment of the area is made.

“Personnel will return to work as soon as possible.” 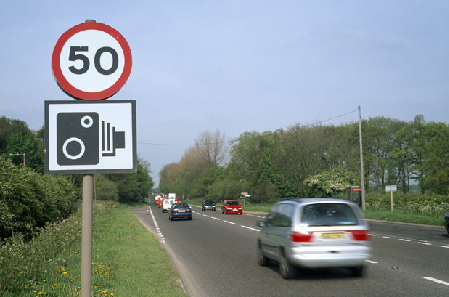 With effect from 24th April 2017, The Sentencing Council will introduce new higher penalties for the most serious speeding offences. This means fines for offenders will have a starting point of 150% of weekly income rather than the existing level of 100% of weekly income.

The Court will then consider any further adjustment for any aggravating or mitigating factors. The following non-exhaustive list of additional factual elements providing the context of the offence and factors relating to the offender. The Court will identify whether any combination of these, or other relevant factors should result in an upward or downward adjustment from the sentence arrived at so far.

Step 3 – Consider any factors which indicate a reduction, such as assistance to the prosecution 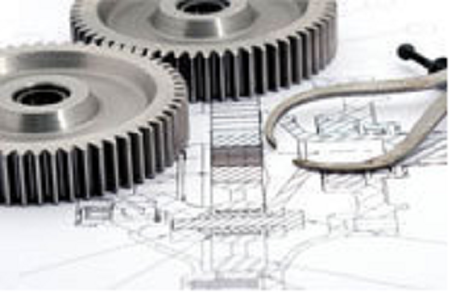 Health Risks at Work – do you know yours?

For more information on the Campaign visit Safety Groups UK

Two companies have been fined after unsafe asbestos work was carried out on a property in Leatherhead, Surrey.

Electricity North West Ltd has been fined £900,000 after a worker died from falling six metres while carrying out routine maintenance of power lines.

Coldmac Limited has been fined after one of its workers suffered life changing injuries to his hand which required surgical intervention.

A construction firm has been sentenced following the death of Philip Griffiths at Heathrow Airport in October 2014.

Two roofing companies have been fined after a worker fell nine metres through a skylight onto concrete flooring below.

Arrow Recycling Ltd has been fined after a worker was left fighting for his life after being crushed by about 400kg of cardboard.

Whirlpool UK Appliances Limited has today been fined after a self-employed contractor fell from a mobile elevated work platform (MEWP) and later died from his injuries.

A farming partnership has been fined £60,000 following the death of a farm manager in Staffordshire.

An unregistered gas fitter has been sentenced for illegally carrying out gas safety work at a rented house.

A Bedfordshire trailer firm has been sentenced after an employee suffered crush injuries when he was trapped between a lorry’s cab and a trailer.

Great Britain’s independent safety and health regulator is holding a series of events across the country to look at what businesses can do to look after people at work.

An Essex company who are specialists in gas infrastructure have been fined after an employee suffered serious injury when a pipe fell into the trench he was working in and struck him.

Moy Park Ltd has been fined after a worker was injured at the company’s site in Anwick near Sleaford, Lincolnshire

PD Lift Services Limited has been fined £36,000 after a worker lost his thumb while working on passenger lifts in north London.

Penrith based bakery Bells of Lazonby Limited has been fined after two workers suffered hand injuries while operating machinery on site.

Two family run companies have been fined after admitting health and safety failings at a site in Manchester, where they were carrying out a basement conversion.

A Birmingham electrician has been ordered to carry out unpaid work in the community after his trainee fell three and a half metres through a plasterboard ceiling.

A cable manufacturing company has been sentenced today for safety breaches after a worker suffered the loss of his left little finger.

An unregistered plumber has been sentenced after conducting gas work and leaving it in a dangerous state.

BAM Construction Limited and Shoreland Projects Limited have been fined after a man suffered multiple life changing injuries including severe burns to his neck.

Bryan Alexander Ltd has been fined after one its workers was crushed by a hydraulic extension on one of its vehicles on the roadside in Plymouth.

An oil company has been fined £1.65m following an explosion at its Stanlow refinery in Ellesmere Port.

Multi-Stroke Ltd has been fined after a worker’s left hand was crushed, causing him to lose his thumb, index and middle fingers

The operators of one of Britain’s most iconic stately homes have been sentenced after a domestic servant was crushed to death by a lift.

Islington Borough Council has been sentenced after admitting a role in an incident at a London school where a boy was left with serious hand injuries.

Care worker imprisoned after the death of service user

Nikki Deaney, a former care worker at Springwood Day Centre, has been sentenced after the death of service user Majid Akhtar.

A Bedfordshire based contractor has been fined after failing to carry out suitable assessment of asbestos removal work.

£600,000 fine for Council contractor after major burns to employer

Gloucester Crown Court heard the 61-year-old man was working at the site on Eastgate Street on 29 May 2015. While trying to replace the traffic light pole he came into contact with a live underground cable which immediately gave him the electric shock …

06/03/17: Company and self employed contractor sentenced for lift shaft death

24/02/17: Oldham building contractor in court over fall from height risk

22/02/17: Estate agents fined after member of the public fell down a well