A polythene film manufacturer was sentenced for safety breaches after a worker trapped his hand in machinery.

An investigation by the Health and Safety Executive (HSE) found the company failed to adequately manage the risk of workers being injured when operating machinery. Also it was found the workers failed to operate in the correct way of working when using this equipment.

Total Polyfilm Ltd of Walton Summit Estate, Bamber Bridge, Preston, Lancashire pleaded guilty to breaching Section 3 (1) of the Health and Safety at Work Act 1974 and have been fined £6,000 and ordered to pay costs of £697.

After the hearing HSE inspector Jacqueline Ferguson commented: “This incident could so easily have been avoided by simply carrying out correct control measures and safe working practices.

“Companies should be aware that HSE will not hesitate to take appropriate enforcement action against those that fall below the required standards.”

Please read if you have any equipment using light curtains as a safety control device.

An employee was putting ID labels on packs of concrete blocks as they came out of the factory, the labels had to be hand fastened to the banding around the blocks which were on a stationary conveyor. When applying a label, he used his right hand to try and free some slack on the banding so he could get the label wrapped around it. He heard the conveyor system start up and the pack on his left hand side moved forward, which resulted in his right hand middle finger getting trapped and crushed between the packs.

The light barriers, which are intended to prevent conveyor start up with someone in the area, were not safety rated and were ‘fooled’ by the strip on the high visibility PPE worn by the employee, which reflected the beam back to the receiving sensor.

A West Bromwich supplier of corrugated packaging has been fined £400,000 with £9886.04 costs after a maintenance employee was injured when he was pulled into machinery. The injured person was repairing a cardboard printing, slotting and forming machine when he put his foot onto an exposed conveyor and was dragged into the machine’s moving parts. More information can be found on HSE’s Press Release.

A Kent-based box manufacturing company has been fined £297,000 and ordered to pay costs of £14,180  for health and safety failings which included electricity safety, machinery guarding and storage of materials.  More information on the prosecution can be found on HSE’s Press Release.

A seal and label producing company based in Kent has been fined £160,000 and ordered to pay costs of £12,680.80 after a worker Injured his hand in a printing press when cleaning a blade. HSE’s investigation found that no suitable guard was fitted to the machine and the system of work used was flawed and unsafe. More information on the prosecution can be found on HSE’s Press Release.

More information on Machinery Guarding and Safe Systems of Work can be found on HSE’s Website.

A maintenance contracting company has been fined £120,000 and ordered to pay costs of £8,591 after an employee fell 7 metres backwards off an unprotected edge whilst he was carrying out maintenance work to a drive shaft. More information on the prosecution can be found on HSE’s Press Release.

A packaging company has been fined £70,000 with £53,509 costs after a worker’s thumb was severed due to the company’s failure to take adequate measures to prevent access to dangerous parts of machinery enabling the worker to access an unguarded frame. For more information on the accident and fine visit HSE’s Press Release.

Remember The Wurzels? – probably not unless you are of a certain age. Enjoy their reworking of a famous track that was originally released back in 1976 and highlights some of the safety risks faced by people working on farms.

A recycling firm has been fined after a worker suffered crush injuries from a roller shutter door.

A man has been fined and given a suspended prison sentence after working on a number of boilers without being Gas Safe registered.

The Health and Safety Executive (HSE) has announced that it is to consult on proposals to make its cost recovery scheme dispute process fully independent.

A Manchester building contractor has been jailed following the death of a casual labourer who fell nearly seven metres through a fragile roof.

A butchers has been fined after a worker suffered deep lacerations to one his hands when working.

The director of a construction company has been imprisoned for eight months after failing to take appropriate action which resulted in a young worker receiving serious burns.

An Oxfordshire based, ground engineering company has been fined after a worker contracted severe hand-arm vibration syndrome (HAVS).

The two owners of Kidderminster based fencing firm Hoo Farm Fencing have been given suspended sentences after a worker was hit by timber posts and frames which fell from a fork lift truck.

A Preston Landlord has been given a suspended prison sentence after failing to ensure gas appliances in one of her properties were checked for safety.

A Kent-based box manufacturing company has been fined for health and safety failings.

A demolition contractor has been sentenced after admitting illegally removing asbestos from a building he was working on.

A West Bromwich supplier of corrugated packaging has been fined after a maintenance employee was injured when he was pulled into machinery.

A Construction firm was sentenced today for safety breaches after workers were exposed to carbon monoxide and other substances hazardous to health.

A Lincolnshire based construction company, specialising in fitting mezzanine floors was prosecuted after a contractor fell onto a concrete floor.

Three companies from Essex have been fined after a worker fell over seven meters through a fragile roof he was replacing.

Two Essex-based companies have been fined after exposing workers to potentially deadly asbestos over a period of years, despite being alerted to the risks at their premises

An asbestos analyst has been fined after he falsified an asbestos air clearance certificate, following licensed asbestos removal in Manchester

A housing association has been prosecuted after allowing renovations to take place that put residents at risk of carbon monoxide poisoning. 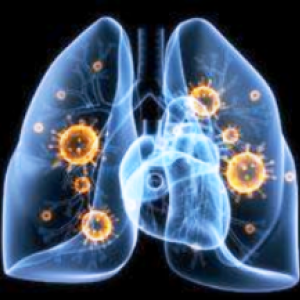 HSE has identified reducing incidents of ill health as one of the top three strategic priorities for the next three to five years as set out in the construction sector plan.

Occupational Lung Disease  is a particular focus. In 2016 occupational respiratory disease was estimated to result in approximately 12 000 deaths each year.

Tackling Ill Health is also one of the six key themes of the Helping Great Britain Work Well Strategy. HGBWW Commitments outline how HSE is seeking to influence the system.

You can play your part by getting involved in the conversation today and learn how to Tackle Occupational Disease.

Find out more by joining the conversation 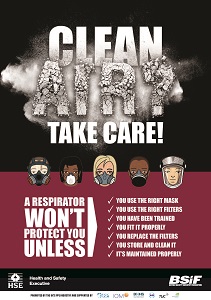