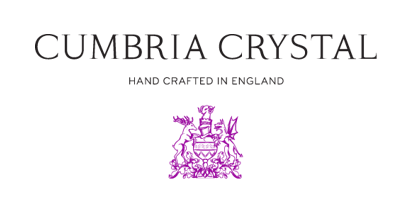 A Cumbrian lead crystal manufacturer has been fined after an employee suffered a serious hand injury while using machinery.

Laura Ponsford, who was 21 at the time of the incident in February last year, had the middle finger of her right hand torn off while operating a drill to widen the neck of a glass bottle.

Preston Crown Court heard the investigation by the Health and Safety Executive (HSE) into the incident at Greatdale Ltd (trading as Cumbria Crystal) found the firm had failed to prevent operatives from accessing dangerous parts of machinery.

Mrs Ponsford, 21, had only been working at the defendant’s premises at The Lakes Glass Centre, Ulverston, for one year and has since left the company.

The court heard on the afternoon of 20 February 2015, she was using a ‘pillar drill’ to widen (or ream) the neck of a glass bottle. The chuck and reamer were unguarded.  Mrs Ponsford was wearing latex gloves while performing this task, however the glove on her right hand became entangled within the rotating parts of the reamer resulting in the middle finger of her hand being severed.

She underwent 10 hours of surgery to reattach the finger but unfortunately she was later told the operation had not been successful and had to undergo a further operation in March 2015 to have the finger surgically amputated to below the second knuckle.

HSE told the court the incident could have been prevented if a suitable and sufficient risk assessment had taken place with regard to the drill and practicable control measures to prevent access to dangerous parts of machinery had been in place.

Greatdale Limited (trading as Cumbria Crystal) of The Lakes Glass Centre, Oubas Hill, Ulverston, Cumbria, pleaded guilty to breaching Regulation 11(1) of the Provision and Use of Work Equipment Regulations 1998 and was fined £15,000.

After the hearing HSE inspector Leona Cameron said: “This incident could have been prevented simply by providing guarding to prevent access to dangerous parts of the machine.

“The need to guard dangerous parts of machinery is well known with established industry guidance available, and in this case, the result of that guidance being ignored is a serious injury to a young woman.”